When news came out that a new casino, by the name Casinonic was to be launched in mid-2019, the online gambling community became sharply divided. On one side, were those who thought that it was going to be a scam, like the many other casinos that had launched with similar levels of fanfare before. On the other side were those who believed that, as a member of the prestigious Dama N.V franchise, Casinonic would match up to the hype.

Just as a pointer, Dama N.V is the online casino mega-franchise that owns and operates some of the biggest casinos in the world. The most notable ones being; 7Bit Casino, Konung Casino, and Lady Hammer Casino.

With that said, here's a brief review of the Casinonic online casino with a keen focus on the type of games offered, nationalities accepted, and also the major bonuses/promotions offered.

Casinonic online casino is headquartered in the gaming haven of Curaçao. It is a multi-vendor casino, featuring an excess of 1500 games from over 30 software developers. About two-thirds of Casinonic games are video slots, while video pokers, blackjacks, and roulettes number 100+ each.

In just a year of existence, Casinonic has risen from a small, niche casino frequented by Australian players, to a globally renowned casino with over 50,000 international players. Of course, Australia is still the Casinonic's main market and it doesn't seem like that will change any time soon - at least according to the positive reception and reviews it continues to receive.

The Casinonic casino's long list of gaming partners includes top developers like Betsoft, Microgaming, NetEnt, iSoftbet, Play'n GO, and Quickspin. If you like niche, but quality games, you will probably like what some of the smaller, but highly reviewed developers like BGaming, Game Art, Habanero, and Belatra have to offer at Casinonic.

The Casinonic video slot collection includes names like Sheriff of Nottingham, Wolf Gold, Elvis Frog in Vegas, Aztec Magic, Goldilocks, Dragon Wilds, and Book of Dead. On the table games tabs, you will find classic slots like Casino Hold 'Em and Tens or Better. The main attractions of this section are however the poker slots, which include Deuces & Joker, Double Bonus Poker, All Aces Poker, Aces & Faces, and the highly popular All American Video Poker - based on reviews from gamers.

Blackjack, which is fast becoming a popular game in Australia, is represented at Casinonic by a number of American, Spanish and European variants, all of which are also included in the table game section. And lastly, there are over 100 roulettes, most of which are variants of American, French, or European Roulette. That's why Casinonic has continued to receive positive reviews from gamers on various review forums.

Notably, the Casinonic casino's slots page is all mixed up and you will, for instance, find a bunch of pokers and roulettes in the video slots section. This, however, has little bearing on the review as it is understandably not easy to organize 1500+ games. You may nonetheless want to use the search bar if you don't want to waste time scrolling over hundreds of games available at Casinonic casino.

The Casinonic casino offers about 5 tiers of bonuses as reviewed below: 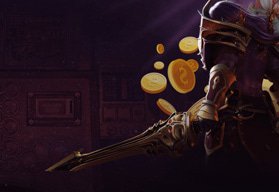 The welcome bonus at Casinonic is available to all new players, and it comes in 6 installments. The first is a 100% match bonus (max €200) on the first deposit, while both the second and third deposits are credited with 50% match bonuses of up to €200 each. For the fourth, fifth, and sixth deposits, the 50% match remains, with the additional caveat that the €200 limit is only valid for a day at a time. If you're a high roller, the Casinonic welcome package is definitely one you should be aiming for.

Every Tuesday, the Casinonic casino gives away a 100% bonus on the first deposit you make on the day, up to a limit of €100 - a perfect way to get rid of the Monday blues!

To help you welcome the weekend on a high, Casinonic also gives you a 50% bonus on the first deposit you make every Friday, up to a maximum of €200.

After the welcome bonus, the Casinonic VIP Bonus is another one designed for the high rollers. In this case, the casino gives out 30% cash backs on every deposit between €1000-€2000. What more, there's no limit to the number of times you can get this bonus.

Casinonic helps you celebrate your birthday in style by awarding you with a whooping €75 for every €150 you deposit on your big day.

This review would not be complete without mentioning that Casinonic is a fully legal Australian casino (with a license to boot) and is also approved in 7 other jurisdictions including Malta and UK.